Get Wired: Protecting Ourselves Against Wireless Radiation 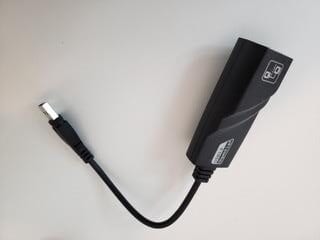 Health and Nutrition With a Twist

Preaching about clean food and water is part of my job and part of my nature. I like to do my part in the health space and sharing often obscure findings is a passion of mine.

This post is about clean air, not in the usual sense but in an electrical sense. Electronic pollution to be more precise. There are many different types of air pollution and electricity is but one.

I have known about the dangers of radio waves since becoming a Special Forces communications operator in 1989. That same year I became a licensed amateur radio operator as I was entrenched in radio wave propagation, antenna construction and several technical endeavors to strengthen my craft. Back then, the microwave frequencies were thought of as junk frequencies used only for microwave ovens and direct line of sight communications for experimenters. We knew that we did not want to be exposed to those frequencies.

I was first alerted to “The Invisible Rainbow” by a post on Facebook, which led me down a deep rabbit hole. This research journey confirmed and strengthened what I already knew. I think this is a very valid and concerning hypothesis. Our technology has gotten out of hand and now it is doing things unimaginable to our health. This will become more intense and apparent as more satellites are launched and activated, as well as the spreading of 5g technology.

I remember a time not that long ago when a wireless device was a wiz-bang gadget only had by technophiles like myself. I have realized from my own experience and personal research that we have gone too far with some technologies. We may be saturating our own environments with harmful radiation and most are not aware of it. I have become serious enough with this that I have made my home office free of wifi and have turned off wifi on my notebook computer and plug in to the network. I also switched back to the “old ways” with a corded USB mouse and keyboard. I bought an Ethernet junction/splitter that I plug other computers into to access the network. There are other advantages to this besides reduction of EMF such as faster access speed, and greater security. The only downside is the amount of cords now on my desktop. I have done the same with my kids computers and they sure did protest.

Children are the most vulnerable from the effects of wireless technology as their brains are not finished developing, and won’t be until about 25 years of age.

Going back to wired connectivity is only the tip of the iceberg when it comes to reducing electronic pollution in our homes. The books and resources listed below are a great way to learn more and get started on cleaning up your home. It is definitely worth the effort.

We are fortunate to be able to pull back the curtains and blow away the smoke and shatter the mirrors of deception and have access to the real science being done by the genuine and honest.